UPDATE: This is a guy in a gorilla costume:

Before you read any further, you should know that when it comes to the bigfoot phenomenon, I am of the mind that it is crazy enough to be plausible. In fact, with the preponderance of circumstantial evidence that has been collected, I think it is more plausible that a large bipedal ape lives in the forests of North America than an elaborate (or not so elaborate in some cases) hoax has been carried out throughout the centuries. I know this puts me in the front car of the “insane” train in most people’s minds, but what do I care, I’m a writer. We’re rarely sane. My interest in the subject is what drove me to write my new young adult science fiction novel, Lost Days. This in turn has driven me to do a lot of research on the subject lately, and in my research I’ve come across a lot of faked videos or videos of what clearly is another animal misidentified as a bigfoot. I would say 1 in 50 videos are easily dismissed. The rest are usually dismissed after you dig into the past of the individual video owner. For some reason, people are under the impression you can make money by faking a video of a bigfoot encounter. Let me put that theory to rest. Money and bigfoot videos do not equal copious amounts of cash. Roger Patterson, the man who shot the most lauded (and most criticized) footage of a bigfoot in history, died of cancer basically penniless. So if you’ve got a gorilla costume and video camera, don’t waste your time putting the two together.

Having said all that, today I want to focus on a video that I can’t easily dismiss. There are many different possibilities of what the video could be, including a bipedal ape. That doesn’t mean it is. It just means it could be. The picture above is a frame that I enhanced from that video. I see a face with apelike features. Admittedly, there are a lot of digital artifacts, but it is strange to me that the artifacts would come together to form a prominent brow ridge, a large nose, and an apish frown. They could very well be the result of pixilation gone awry, but what a coincidence.

The frame is something I captured from a Youtube video using Snagit. I then imported the JPEG into Photoshop Elements, cropped what I saw as a face, converted it to black and white, bumped up the resolution a bit, and tweaked the contrast. I have to tell you I wasn’t expecting to see what I see in that picture. And honestly, I may be reading more into it than I should, but it looks like an ape to me… at times. There are other times I convince myself it’s a man with a hood over his head.

The video itself is from a TV show called Easton Bowhunting TV. It’s a show I have never seen, and I wouldn’t know where to find it on my TV dial, but after doing some research online, I’ve discovered that it does have a small but dedicated following. The host is Fred Eichler. All indications are that he is well respected by his peers. The video clip in question was posted in March of 2008. The full video is below. Watch it and read my assessment after.

My assessment? I believe Fred did not perpetrate a hoax. He believes their Stealth Cam caught something he describes as a “creature.” He is a seasoned hunter who is familiar with the wilderness and all its fauna. Beyond Fred’s honest bewilderment by the footage, the video was posted a year ago. I cannot find another incident where it was mentioned by the host or any member of the show. Some have indicated that this was a lame publicity stunt by the show’s creators to generate viewership for the show. If that were the case, it seems to me that they would have done more to capitalize on the footage. They’ve done nothing. It’s almost as if they would just assume never talk about it again.

Assuming the host, the crew and producers of Easton Bowhunting TV did not artificially create this footage, the overriding question is, what did they catch on camera? The frame I’ve captured is one of only nine. Some have suggested they can see the telltale signs of a “wrinkle” in a coat, a shoulder strap to a sheath of arrows, etc, and still others say they see bigfoot. Not to get all Monsterquest on you, but I’m not ready to make any conclusions as of yet. I just think this footage deserves more scrutiny.

Here are some more images associated with this frame:

UPDATE: Thanks to Ty on the Bigfoot Forums, it seems I may have been both right and wrong about this video.  First, let’s all applaud my forensic skills in enhancing and manipulating an image enough to correctly identify the face as apelike because according to someone identifying themselves as BowSniper, on Bowsite.com, a member of Easton Bowhunting TV crew admitted that the “creature” was indeed someone in a gorilla costume.  Seems that Fred is quite the prankster and he set the whole thing up.  So I was wrong.  It was a hoax, but it was done out of good fun so you can’t fault the guy for having a sense of humor.  I must point out that I have no idea if BowSniper is telling the truth, but as I foolishly gave Eichler the benefit of the doubt, I’ll do the same for Bowsniper.

BTW – Running around the woods in an animal costume of any kind during hunting season is never a great idea. 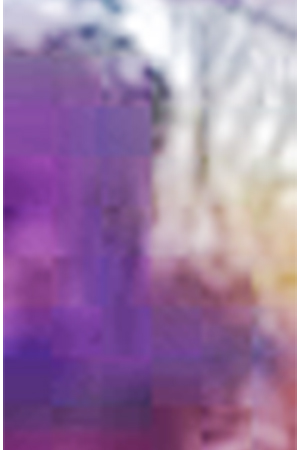 My crude outline of facial features.

BTW3 – While I never drew any conclusions about this video, I’m still a little disappointed.  A giant bipedal ape… C’mon wouldn’t that just be too cool?

One thought on “Is this the face of Bigfoot?”