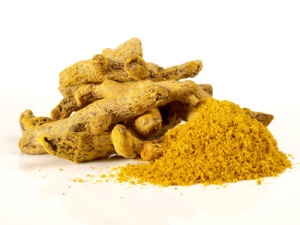 I happened upon an old Time magazine article online a number of weeks ago about the pain relief properties of turmeric. Now, as far as I knew at the time turmeric is a spice that shows up in Indian food quite frequently. But this article written by a physician claimed that a daily intake of a turmeric supplement helped a patient with a badly deteriorated hip get around without pain. He actually had constant bone on bone contact in the hip joint. The patient elected to have hip replacement simply because he felt stiff, but not because he was in pain. The doctor did the surgery and allowed the patient to take turmeric post surgery not because he believed it would help the patient recover, but because he didn’t think it would hurt the patient. To the doctor’s astonishment, regardless of the patient’s advanced age, he recovered at a remarkable speed. In the doctor’s own words:

Jerry (the patient) was a post-op marvel. There are some patients in their 70s who surprise us with how quickly they recover from an operation. And yes, we did it the minimally invasive way. But Jerry outperformed them all. A week post-op, he walked in without a cane, without a limp, got up from a chair faster than I can and showed me a healed surgical wound that looked a month old. The “stiffness” was gone; he now had normal range of motion.

Now, the doctor goes on to say that he believes that part of the patient’s speedy recovery can be attributed to a placebo effect, but he was impressed enough to start experimenting with turmeric on his own aches and pains. Reportedly, he feels it works.

I started to take a turmeric supplement after reading the article. I have aches and pains from running three days a week. For some reason, my body doesn’t react well to the activity. My shins in particular hate it when I run. The turmeric seemed to alleviate the normal pain I got from running. But the real test for turmeric came about a week after I started taking it. I twisted my ankle on one of my runs. It was a severe twist. In fact, I witnessed the twisting with my own eyes and was horrified at the angle of my foot during the accident. I saw an object in my path and attempted to jump it. Tired from the run, I misjudged my jump and landed on the object. My foot turned inward at about a 90 degree angle. I hopped up and it immediately popped back in place. It’s an injury I have suffered four or five times in my life. Turns out I have what’s known as weak ankles. My previous experience with the injury told me I had a window of opportunity while my adrenaline was pumping to make it home. But I stopped just before heading home and thought, “Let’s test the turmeric theory out and finish the run.” So, I did. I completed the run and then walked home. The pain was just underneath the surface. I was aware of it but I was able to work through it. Something I would not have been able to do before. I got home and decided while I was still relatively pain free I should run some errands. I got in the car and drove around for a couple of hours and came home. Again, I was aware of the pain, but my ankle never seized up me like it had in the past.

When I got home from running errands, I made the mistake of sitting down and putting my feet up. Thirty minutes later, I was in agony. I twisted in the chair, searching desperately for a comfortable position. I never found it. By the time my wife got home, I couldn’t get out of the chair. She helped me to bed and gave me a fistful of turmeric and an Aleve. I lay in bed trying to figure out how I was going to get around for the rest of the week. My now swollen ankle wouldn’t allow any weight for at least a week. I would surely have to go to the doctor to get it x-rayed and bandaged. I was annoyed and grumpy that my turmeric experiment had failed. I fell asleep knowing I was going to be hobbled for weeks with a sprained ankle at best and a broken one at worst.

The next morning I awoke, flexed my foot and then furrowed my brow in confusion. No pain. I pulled back the covers and the swelling was gone. I gingerly placed my foot on the floor and slowly pushed myself off the bed. No pain. I took a step. No pain. I walked to the bathroom. No pain, no limp, no evidence I had twisted my ankle at all. I worked out with only moments of minimal pain when I turned my foot a certain way. The next day I ran. No pain at all.

I have since switched from turmeric to curcumin, the component in turmeric that helps the body by “blocking production of the protein that turns on the gene that tells tiny blood vessels to grow” (quote from Time magazine article) in areas with inflammation and eliminates pain. If it is just a placebo effect, I don’t really care because placebo or not, it works for me.

Here are 20 health benefits of turmeric:

1. It is a natural antiseptic and antibacterial agent, useful in disinfecting cuts and burns.

3. Prevented breast cancer from spreading to the lungs in mice.

4. May prevent melanoma and cause existing melanoma cells to commit suicide.

5. Reduces the risk of childhood leukemia.

6. Is a natural liver detoxifier.

7. May prevent and slow the progression of Alzheimer’s disease by removing amyloyd plaque buildup in the brain.

8. May prevent metastases from occurring in many different forms of cancer.

10. Has shown promise in slowing the progression of multiple sclerosis in mice.

11. Is a natural painkiller and cox-2 inhibitor.

12. May aid in fat metabolism and help in weight management.

13. Has long been used in Chinese medicine as a treatment for depression.

14. Because of its anti-inflammatory properties, it is a natural treatment for arthritis and rheumatoid arthritis.

15. Boosts the effects of chemo drug paclitaxel and reduces its side effects.

16. Promising studies are underway on the effects of turmeric on pancreatic cancer.

17. Studies are ongoing in the positive effects of turmeric on multiple myeloma.

18. Has been shown to stop the growth of new blood vessels in tumors.

19. Speeds up wound healing and assists in remodeling of damaged skin.

20. May help in the treatment of psoriasis and other inflammatory skin conditions.

Look, I’m no doctor, so don’t read this post and think I’m recommending turmeric for you. It is said that people with gallstones and bile obstruction should stay away from turmeric. Talk to your doc and see what he says. My guess is that he won’t see any harm in taking it in most cases, but there are always exceptions.

5 thoughts on “Let’s talk about turmeric and pain”