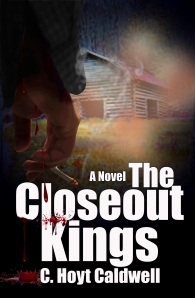 In the hands of beta readers

I put out a call for beta readers for The Closeout Kings on Facebook, and I was pleasantly surprised by the response.  As a result, the early first-revised draft of the book is in the hands of 20+ readers.  I’ve never used that many beta readers before.  At most, I’ve used a half-dozen, so it will be interesting to see the results.  I created a survey on Polldaddy that allows the beta readers to anonymously rank the general elements of a story (character, plot, setting, humor, etc.), and I also gave them the opportunity to leave detailed comments about any issue they want to address.

I’ve already gotten some excellent feedback on dialect, firearms, trucks, and other details. These are factors that are as important as the major aspects of storytelling, and are incredibly helpful.

The book is almost 84k words, so I don’t anticipate I’ll see a significant number or survey results for a couple of weeks, so that leaves me some down time to hop on other projects.  Those other projects include Book Seven.  I’m going to play around with some plot points and see if I can pull together a full skeleton of the story.  This is Oz’ finally journey, and I’m somewhat terrified I’m not going to do him justice.

I may also take a look at The Tree Readers again.  It’s become an epic Sci-Fi/Fantasy novel that is currently well over 100k words, and by my estimation, it’s only about 2/3 of they way done. Given that it’s taken years to write, I don’t see myself rushing to get it done now.  It’s one of those manuscripts that I may finish, hand off to my agent and forget about it.

That’s my state of writing report for now.  Stay calm and keep reading.