My wife said she heard someone say that Anthony Weiner looks like Glenn Quagmire from Family Guy, and I have to say I agree.  Here’s proof. 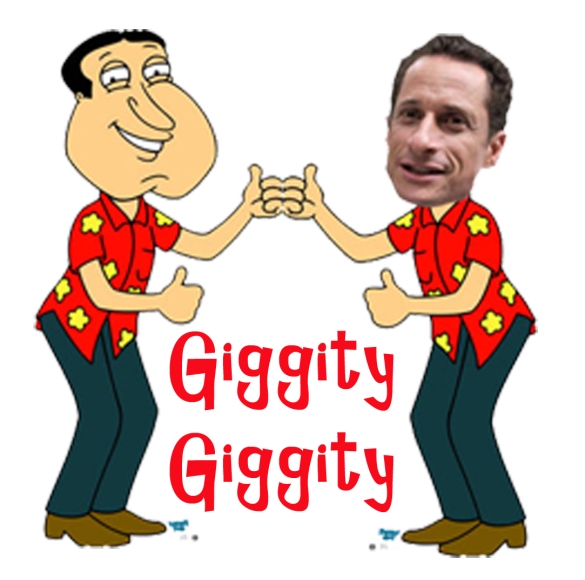 Perhaps the most disturbing outcome of this whole mess is a report that Weiner could receive as much as $1 million in pension money for his time spent as a U.S. Congressman.  He served for 12 years.  Twelve years!  People retired after 30 years during his term and they’re collecting notta in retirement because of the failures of the men and women serving in Congress.   I couldn’t care less about Weiner’s sexting scandal (other than it’s crazy enough to be funny).  It’s the quality of the job he did while in office that irks the hell out of me.  It’s not just him.  I hold everyone in Congress accountable for the state of our economy.  Nancy Pelosi’s wealth grew by 62% last year while she help orchestrate the collapse of US economy.  Why are we letting any of them collect pensions?  They aren’t earning it.  None of them.  I don’t care what party they’re in or what their fiscal philosophy is.  Ever last one of them has failed.  ARGH!!!!