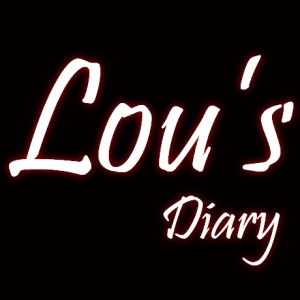 This morning I woke up and there was another pack of crackers lying on the ground next to me.   I would have thought it nothing more than an incredible stroke of luck or some intervention by the Storytellers if it hadn’t been resting on top of a note that read, “You are being watched.  F.T.”

I ate my crackers with a knot in my stomach.  I’m guessing this F.T. person… I hope it’s a person… thought they were doing me a favor by giving me a heads up on being watched, but frankly, I’d rather not know. What good does it do me?  I don’t have any weapons.  I’m weak from hunger.  I’m pretty sure my insides are frozen solid.  Worrying about being watched is just one more layer of crap I’ve got to deal with.

And what’s with this F.T.?  Why don’t they just show themselves?  It’s creepy and rude to sneak up on me at night, even if you’re leaving me food.  So, help me God… if I catch up to this F.T. and they’ve got something better to eat than stale, frozen crackers, I’m going to punch them in the face.  I guess I should be thankful, but screw that.

I’m laughing at my lack of gratitude.  It’s really all I have the strength to do right now.  This F.T. probably expects a big hug and kiss from me if we were ever to meet, but instead he’ll get a good dressing down from a bratty little made-up girl for failing to recognize that I needed a good sight more than crackers and a warning.

I need someone to end my misery.

Is it bad for me to talk like that?  I don’t think so because no one is around to care… except for F.T., and they only care enough to spare some barely edible crackers.

I hear something.  And this time I know it’s not the wind.  It’s a grunt… almost a growl.  I want to shut my eyes and pretend none of this real.  I just want it all to go away… The growl again.  It sounds big.

It’s a funny thing about being scared.  I’ve completely forgotten about being cold and hungry.  I don’t know who F.T. is, but they were right.  I am being watched.

I don’t know where I am.  I’m still in the mountains.  I’ve been following a path, and I’m pretty sure I’m heading north… pretty sure.  I may not be real, but I’m hungry.  That doesn’t seem fair. There should be some advantages to being a fictional character.  I shouldn’t have to eat or sleep or… other stuff.

I slept under something that looked like a park bench made out of sticks and logs off the side of the trail last night.  I must be in some kind of national forest or something.  There are mile markers all up and down the trail.  This morning when I woke up there was a pack of crackers under the bench.  I couldn’t believe it.  I don’t know how old they were or how they got there, but I have never tasted something so delicious in my life.  They were stale, frozen, and insanely good.

The only problem is they just made me hungrier.  I haven’t seen a store or house or…. Anything at all in days. If I had my crossbow, I could hunt, but I don’t even know if there’s anything to hunt.   I hear noises, especially at night, but I’m pretty sure it’s the wind.  That’s that I tell myself, anyway.

Why didn’t I keep the crossbow?

No.  I can’t go there.  I won’t be able to breathe if I do.  If I have to live for another second without him, I have to forget about him.  That’s the way it has to be.   I am not real.  I can’t be a part of his world.  It will cost him his life.  It will cost the others their lives. I know it.  From this moment on, I have not past.

Try to remember, this the diary of a teenage girl.

I’ve been shooting my mouth off about releasing entries from Lou’s diary as a supplement to the Oz Chronicles until I can get the next book out.  Actually, I’ve been writing it on Facebook and this blog so technically I’ve been shooting my fingers off about it, but I digress.   I made this suggestion in response to the numerous messages I’ve gotten from readers asking me when Book Six is coming out.  Much to the publishing industries objections (well, those in it that have read my books anyway), I’ve ended all the Oz books with cliffhangers, including Book Five.  Lou is in a pickle, and people want to know what’s going to happen to her.  The diary will hopefully fill that void until the next book is released.

I’ve got a list of books I want to write outside of the Oz universe, and I’ve gotten into the habit of taking a hiatus from Oz and writing something different to give my brain a break, but for some reason I think I can do this, so I’m going to give it a whirl.  But, I’m thinking of taking it one step further.  You see the annoying laws of brand awareness say I have to do more to get my face out there.   As someone recently described me as “creepy-looking” I’m not sure if that’s a great idea, but I’ve never made a concerted effort to do so.  It’s time I give it a try which means doing more vlog entries which means shooting, editing, and lamenting over how creepy I actually do look.  If you add my normal writing time to the Lou Diary writing time and then factor in the video production time, that comes to… a lot of freakin time.   I’m thinking of killing two birds with one stone.  My vlogs will be me reading an entry from Lou’s diary.  My plan would be to release one a week.  It sounds like the perfect compromise, but I’m sure I’m overlooking something.  Rather than jumping into this head first, I’m going to ask for your input.  Vote in the survey below and a week from today I’ll tally the results and abide by your wishes.

The Banshee worms are here, and they are ready to feed!

It’s amazing how fast things work.  I literally uploaded the file for BWK yesterday and then made a change an hour later.  By the time I went to be bed, it was (and still is) availble for download on the Kindle store.  If you’re one of the early readers, thank you for your feedback and very kind comments.  If you have the energy and an Amazon account, feel free to share your thoughts about Book Five on Amazon in the form of a review.  But remember please, no spoilers.

Here are some more comments from a few more early readers:

Loved the Worm King, great job… I tried to read real slow and check everything (typos), but couldn’t contain myself and got caught up in the story too much. I guess you should take that as a good sign. – Peter

I have to say that it is probably my favorite installment of the Oz Chronicles to date… Oz is learning that the important decisions in life are rarely black-and-white propositions. You have presented his unique moral dilemma in a manner that young adult readers (and not-so-young readers, like myself) are sure to find highly intriguing and entertaining. – Scott

The series has really drawn me and I couldn’t put this one down. It was pretty heartbreaking when you know who died. – Greg

Thanks for the chance to read Oz 5! That was great! It wasn’t as dark and creepy as the last one (good!! Book 4 went places that were too scary!) but suspenseful enough where it needed to be & kept me up past bedtime.  Oz seems more torn in this one, not just with Lou but his whole role. He’s growing up! – Danielle

The print version will probably be ready in a week.  A few more proofs are being shipped my way.  I’ll look them over for any printing errors and if all goes well, I’ll approve them by Wednesday.  If you’re an Oz fan, thanks for your support and keep spreading the word!

For those of you who’ve read/received an ARC of BWK, you may notice that this description isn’t what is on your copy of Book Five.  I hastily threw that description together so I could get the ARCs out ASAP.  Some of you pointed out that you thought it revealed too much.  It did.  So, I’m spending this weekend tweaking it.  My plans are to release the Kindle version of the book this coming week.  I got some great feedback from early readers that included typo alerts.  I’ve addressed those so I’m ready to move forward.  If you’re still reading an ARC and find some typos, please feel free to bring them to my attention.  I may have already fixed them, but you never know.

Here’s the second version of the description:

What do you think?

Thanks to my wife, Mia and Peter Ayre – Here is the newer and improveder description:

Oz and his intrepid warriors have survived their harrowing ordeal in the Biltmore House only to find themselves fighting for their lives in the surrounding mountains of North Carolina. Giant worms have evolved in the twisted world of the Storytellers, and they are hungry. A grizzled stranger provides the band of survivors refuge in his labyrinth of treetop walkways. But are they still fighting to return home or have they simply become pawns in a larger battle? Oz and company will see their numbers dwindle and a betrayal from within will see their hopes for ever making it back home virtually slip away.

I am in the home stretch.  I will most definitely be done tomorrow!  Got my 3333 words in and I’m shooting for that tomorrow to meet my deadline.